The first of May is a big holiday in Greece and just about everything (except my trusty café) is closed to celebrate. I was planning on spending today working on protocols, catching up on emails, and doing some bookkeeping. In the middle of the morning though Mrs. Symenoglou called and invited Johannes and I to a May day festival with her family, of course we said yes!

The first stop was to one of the Kouros of Naxos. It was a full-blown party when we arrived – about 150 people were milling around grills covered with kebabs, plates of cheese,  olives, and bread. There was music playing over speakers, and several musicians were starting to set up instruments (alas, we didn’t stay long enough to hear them play). We worked our way through the crowd shaking hands and saying hello to the many friends of the Symenoglous. Mr. Symenogou is up for reelection this year and on an island of a few thousand, every handshake counts!

Eventually we made it out of the crowd to see the Kouros. Just a bit of background, Naxos has a great deal of high-quality marble, and for eons chunks of Naxian marble have been exported to artists all over Europe. In order to cut down on weight for shipping, oftentimes blocks of marble destined for sculptures were rough-hewn into the shapes of their future figures right in the quarry. Sometimes, this rough-hewing would expose a flaw in the marble, or these more delicate proto-sculptures would be broken as they’re being removed from the quarry, in which case the rocks would be left in place.

Naxos has several of these Kouros – huge rough-hewn sculptures that broke as they were being moved. This one is almost six meters long! It’s hard to see them and not be transported back to imagining the workers who slowly carved them out of the mountain and painstakingly began dragging them towards the port. (only to have the feet crack off the bottom…bummer) Here are a few pictures from this Kouros: 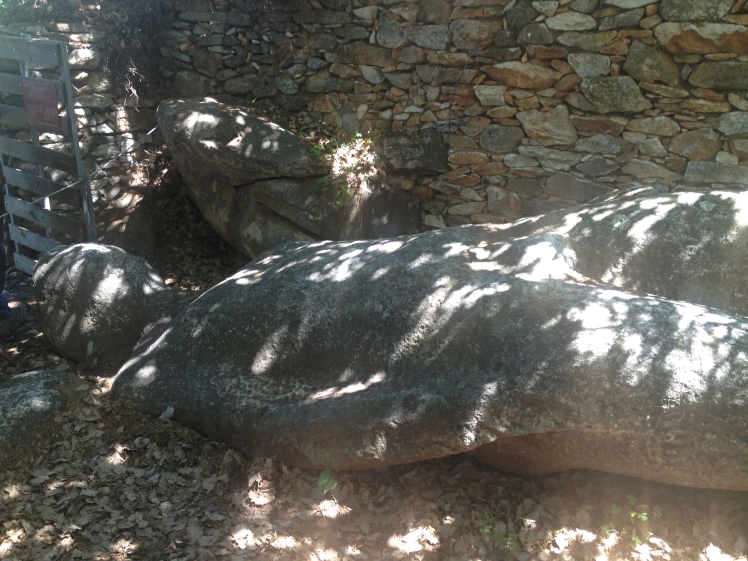 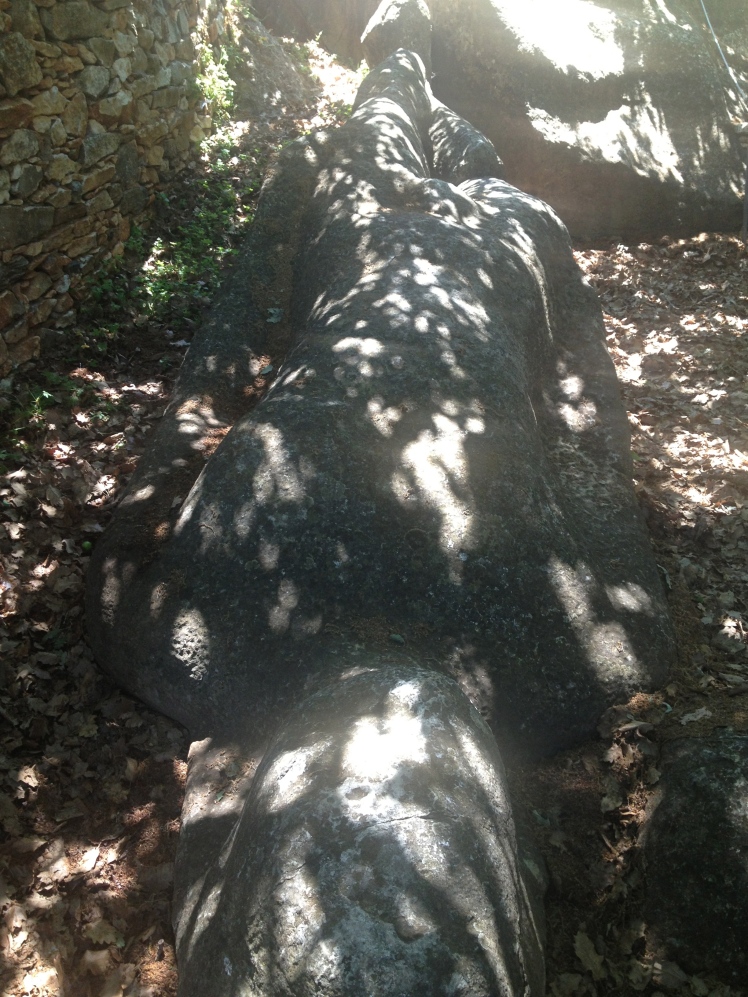 (Unfortunately the design specs called for an *intact* right leg)

This Kouros is particularly interesting because the figure has one leg in front of another. Others on Naxos have squared feet, arms and shoulders. I’ll have to defer to my art history friends though for what that transition reflects.

Next stop, the family May day celebration!