After being gone for all of May I was very eager to get out to the Fenway Victory Gardens to see how the Italian Wall Lizards were doing. We discovered the population last year but this far north we were really not sure whether they’d make it through the winter. Just before the Bahamas trip reports started coming in that at least a few had been seen around the gardens but I never got the chance to get down there to see them myself. What’s more,  I’d offered to give a workshop to the Fenway Garden Society to tell gardeners (and anyone else interested) a bit more about the lizards. I was nervous as the date for the workshop approached about whether we’d see any lizards to use for show and tell.

A few days before the workshop and just after I returned from Greece, Claire and I walked through the victory gardens. We didn’t find a single lizard. Oh oh. Two friends and I went to the garden the next day to look to see if we could find anybody. We got a good look at a female and a male (whew!) but they escaped into a dense tangle of compost. Alright, so there are lizards but I really wanted to catch one for show and tell during the talk. So, I went searching again the next day and hurrah, I caught a nice male to show people!

Here are a few of the questions that came up: 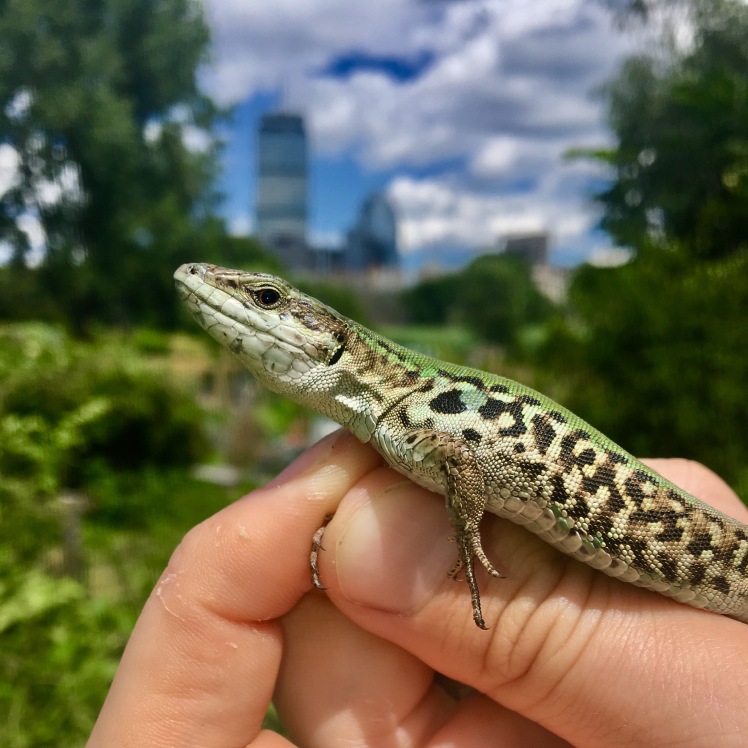