Revisiting Redonda one year after the goats were helicoptered off and the vermin e-rat-icated was every bit as exciting and gratifying as I could have hoped last year. I’d guessed we might see some grasses fighting their way up through the dust and rocks, maybe a few extra lizards happy to not have to watch out for day-hunting monster rats. What we actually saw exceeded my most optimistic expectations though. 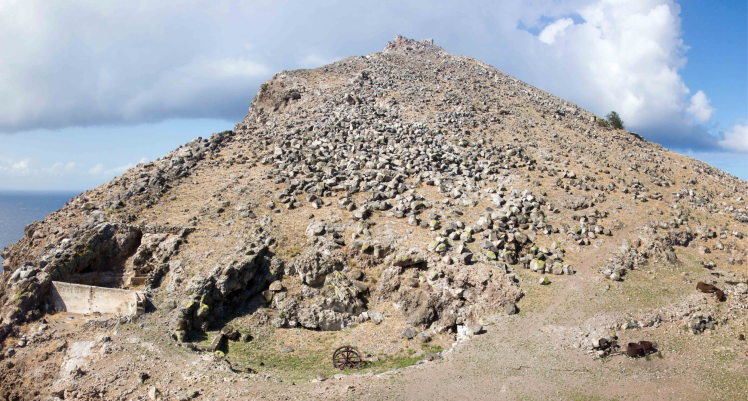 With the astounding regrowth of grasses and sapling trees all over the island has come a complete transformation. The roots are locking in all of that dust and so instead of a fine powder of aerosolized guano, walking through Redonda is mostly dust-free and soil is starting to be stabilized and created. I can only imagine what this is doing for water quality in the immediate vicinity.

In addition, we saw insects everywhere and a much larger diversity than last year. Our helicopter was greeted by butterflies and on the first night we discovered several terrifying amblypygids had made our workspace their home; scuttling around every night on the prowl.

Some things remained the same; we still worked in the concrete manager’s house which is still the best source of shade and shelter on the island. Our work was overseen this year by more than a dozen anoles who agreed it was a terrific spot to escape the heat of the day. 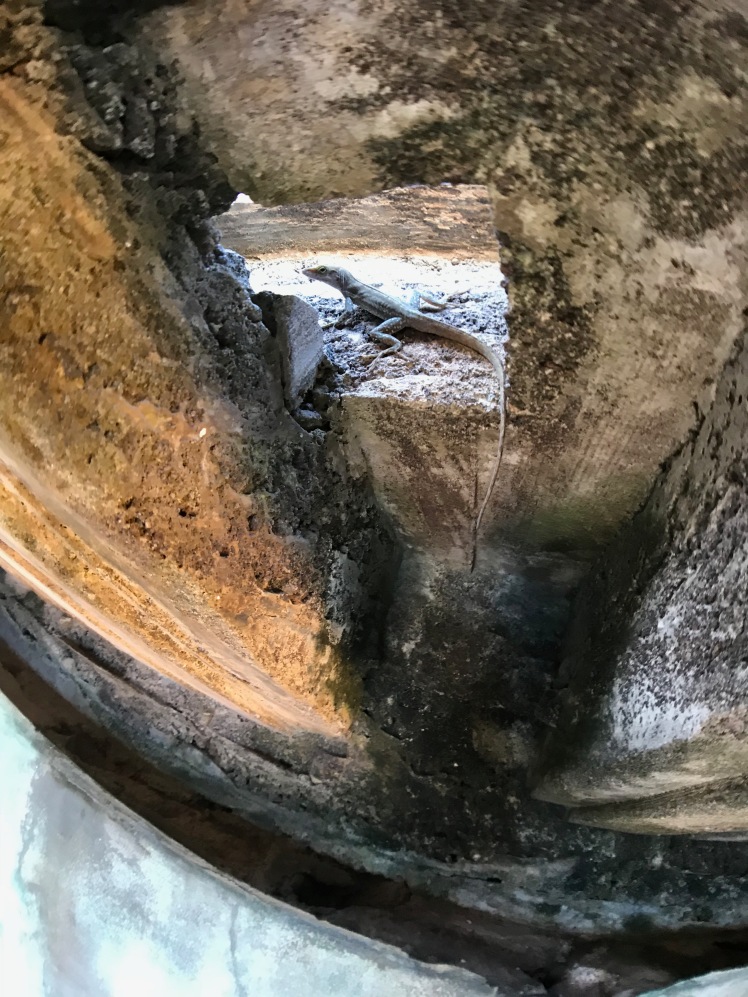 The lizards of Redonda have made a pretty staggering recovery from last year. We calculated density in two ways: with a long transect around the whole island where we counted each lizard we saw, and a mark recapture plot where we catch each lizard, give them a unique number, and then resurvey two days later to see how many of them we find and how many unmarked ones we’d missed. By both estimates we think the anole population and the ground lizard (Pholidoscelis) have doubled.

Here was lizard number 50 at one of the plots and we weren’t even done catching that morning!

Redonda is doing great and I am so pleased to get to see the first year of its transformation. I can only imagine how much it’s going to continue to change into the future. I can’t wait to go back and find out!