Whenever we’re hiking around on one of the big islands we’re always on the lookout for snakes. Some, because Vipera ammodytes is venomous, but for the most part, snakes on these islands are really interesting and a little uncommon. Any day that includes a snake in the field is a good day.

I say big islands because, by and large, that’s where the snakes do best. Small islands rarely have enough food to support a top-carnivore and so, while sometimes we’ll find the little sand boa Eryx jaculus, a slow-metabolism burrower that doesn’t need all that much food, it’s very rare to find big snakes on small islands.

Every once in a while though you find an exception to that rule though and it’s very fun and exciting! Last week, while surveying one of our tiny Paros islets, we found this snake: Natrix natrix. 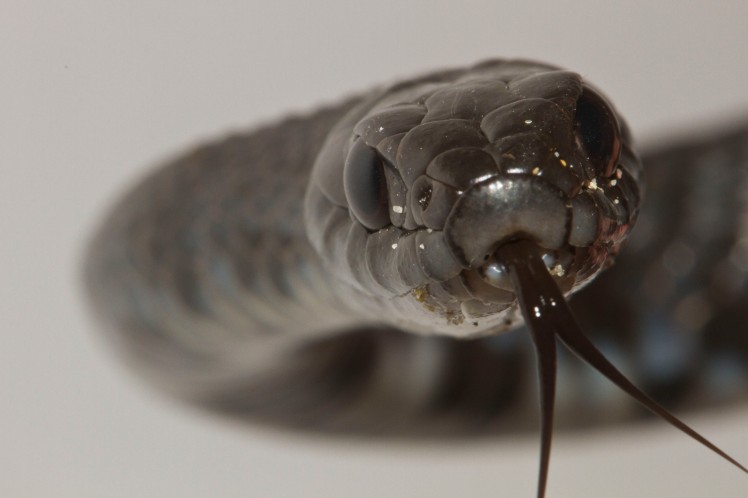 She’s an absolute beauty and the first I’ve seen anywhere in Greece! I saw her slither into a small bush and immediately called the team over. I know it was a snake I hadn’t seen before, and that finding it on a small island was rare, so I wanted to make sure we got evidence. One of us videotaped the procedure (I can post the video when I get it off the other computers) so we could have video documentation, while I slowly walked over the bush, scaring her into the waiting hands of Kinsey and Angus.

She measured in at just over half a meter in length, a fairly normal length for the island variety of the species, though in continental Europe they can get quite a bit larger. On the mainland these snakes eat a lot of frogs and toads, but we’re not at all sure what it was eating here, our best guess is geckos.

The island we found her on is really too small to support a long-term population. I think. But Natrix natrix are terrific swimmers so it’s highly likely that she set to sea from Paros where they are known to do fairly well.

The last fascinating thing about the snake, and the reason we couldn’t identify her right away, is that she’s completely black, or what scientists call melanized. Look at some other pictures of Natrix natrix. It’s very rare to see them so dark, top and bottom.

She’s a fascinating specimen and a great find. That was indeed a good day in the field. 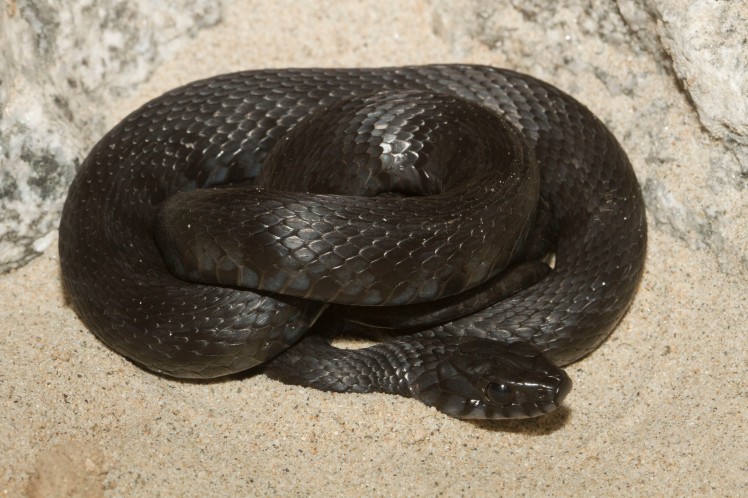